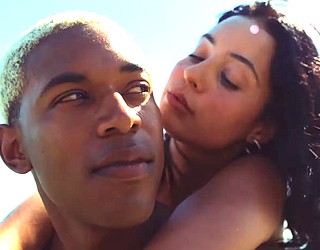 Set against the vibrant landscape of South Florida, “Waves” traces the epic emotional journey of a suburban African-American family — led by a well-intentioned but domineering father — as they navigate love, forgiveness and coming together in the aftermath of a loss.

The future is bright for Tyler (Kelvin Harrison Jr.), who seems to have everything he needs: a wealthy family to support him, a spot on the high-school wrestling team, and a girlfriend (Alexa Demie) he’s head-over-heels in love with. Committed to greatness and under intense scrutiny from his father (Sterling K. Brown), Tyler spends his mornings and nights training. But when pushed to the limit, cracks in the perfect façade of Tyler’s existence start to show, and the stage is set for a true American tragedy.

From acclaimed director Trey Edward Shults, “Waves” is a heartrending story about the universal capacity for compassion and growth even in the darkest of times.

Both the theatre and film festival office are located at 2030 W. Hwy. 89A, in West Sedona. For more information, visit: www.SedonaFilmFestival.org.