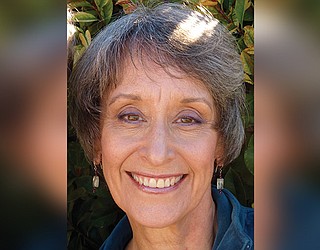 By MARTA ADELSMAN, Psy.D. Special to The Verde Independent

Did you know? When people criticize you, you don’t have to absorb their criticism. If people speak to you and you hear criticism in what they say, your defenses rise. You can learn to deflect the criticism and decrease your defensive response.

For years I had accused my husband, Steve, of criticizing me. Because I had come to expect it, I approached conversations already defensive. Then I learned how I didn’t have to let it land and trigger my defensive response.

Here are 3 steps I use to deflect criticism. Use them when you find yourself in conversations in which you feel attacked or accused:

1) In a conversation, recognize when your defenses rise. Most of us have clues, like a tightened gut, a tense jaw, or a faster heartbeat. You may notice a buzz of emotional energy within you that signals anger and resistance.

2) Once you recognize your defensive feelings in the face of a critical comment, remind yourself you don’t have to take in the criticism. Know you can deflect it, and it would most likely serve your relationship to do so.

3) Deflect the person’s comment, turning it around so the other person sees himself rather than looking at you critically. Here’s an example:

Husband: “You should back the car into the garage instead of pulling in front first.”

Wife’s defensive response: Why do you have to tell me how to pull into the garage? I’ve been doing it for years, and it’s been fine! Your way of doing things isn’t always better, you know!

Alternative response #1: I think I heard a criticism in what you just said. Was it your intention to criticize me?

Alternative response #2: I understand that’s how you see it. Thanks for your pinion.

Alternative response #3: Tell me more. I’m willing to change if I think your way works better for me.

The first response is argumentative. It draws out defensiveness in the other person, and can easily escalate into a full-blown conflict.

Alternative response #1 alerts the other person to how he came across to you and encourages him to examine his motives behind the comment. My communication mentor, Dr. Carol McCall, calls this ‘checking it out.’ Checking it out buys you time so you can diffuse your own defensive response, which can escalate the conflict.

Alternative responses #2 and #3 clearly establish your boundary. You communicate your competence to make a choice about how you park the car.

As I learned how to respond to Steve in alternative ways, I came to see how much of my reactions had to do, not so much with actual criticism from Steve, but with how I interpreted his comments.

If you choose to deflect criticism through alternative responses, it may constitute a new habit. New habits often feel weird at first. Keep practicing! You will gain skill and, in the process, will keep your power.

Dr. Marta can be reached for comment or to schedule coaching appointments at drmartacoach@gmail.com or 928-451-9482.