Commentary: Ducey is out of line in criticism of veteran judge 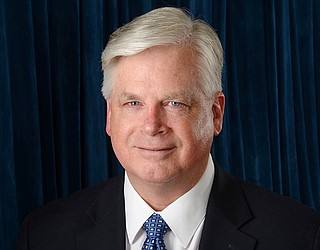 Tom Ryan, past president of the Arizona Association for Justice, co-authored this commentary with current AAJ President Scott Palumbo.

By Tom Ryan and Scott Palumbo, Arizona Association for Justice

In 2018, Gov. Doug Ducey signed SB1444 – dubbed The American Civics Act – into law. This law mandated that all Arizona high school seniors complete and pass a Civics Class before being allowed to graduate.

Upon the passage of this bill, Gov. Ducey’s Office of Education noted: “We have a responsibility to ensure tomorrow’s leaders are equipped with an understanding of our country’s founding principles and democratic institutions.”

This bill required the Arizona Department of Education to adopt a Civics course equal to or tougher than the Naturalization Test new immigrants must pass. If you go to the USCIS website to review the standard questions, you can find this: “14. What stops one branch of government from becoming too powerful? Answer: checks and balances and separation of powers.” And here’s another Civics question from that test: “12. What is the ‘rule of law’? Answer: Everyone must follow the law; Leaders must obey the law; Government must obey the law; and, No one is above the law.” By attacking a duly appointed U.S. District Court judge because Gov. Ducey disagrees with a ruling, the Governor has demonstrated he fails to understand basic tenets of our American Civics.

For decades this State has cut taxes and underfunded public education. Lawsuits were filed to force the State to comply with its Constitutional obligations to provide public education to our children that was free or nearly free. Prop 123 was an unconstitutional raid upon the State Land Trust funds which are kept so Arizona can meet its educational duty. Judge Wake called the State out on its misconduct and specifically told Governor Ducey that the Judge “was not fooled” by Ducey’s sleight of hand.

Judges are not allowed to comment on their cases and rulings, except inside a courtroom. Judges cannot defend themselves in the Public Square, and Governor Ducey and his staff know this. Their attempt at public humiliation of a judge demonstrates that Ducey does not believe in the American Civics he claims to support.

Scott Palumbo is the president, and Tom Ryan is a past president, of the Arizona Association for Justice