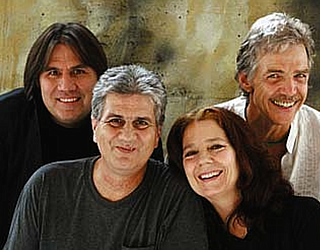 Major Lingo has been around for decades playing the kind of music that compels everyone to get out of their seat and dance. After a many years long hiatus, Major Lingo has decided to put on some reunion shows. The show at the Spirit Room a couple of months ago almost blew the building apart with its music and electricity.

Main Stage is thrilled to be able to present the second installment of these reunion shows.

Originally based in the divergent musical styles of the British Isles and Jamaica, Major Lingo’s music has evolved into a unique blend of global styles, with a bit of rock and roll, a touch of orchestral drama, and an irrepressible pop sensibility.

Major Lingo is ... soaring instrumental solos, lush vocals and inspiring rhythms.This results in a performance that lifts your heart and moves you right onto the dance floor.

The show is from 8-11 p.m., but get there early because it will definitely be packed house. There is a $10 cover for this 21 and over show.

Friday, Oct. 11, DJ Johnny K gets the weekend of music and dancing started with his musical selections from many different genres.

For several years and counting, Johnny K has delighted guests at the venue with his performances while playing crowd favorites of the last five decades and a variety of musical genres including old school R & B, hip hop/rap, top 40 and everything in between.

Music starts at 9 p.m. and goes until 2 a.m. when lights come on and the bar closes. This is a 21+ event with no cover charge.

Main Stage has a series of nightly events the remaining nights of the week as well. Mondays feature Latin dance classes with Dana De Luz at 6:30 p.m. then karaoke with hostess Christa Cave at 8 p.m.

Tuesdays are a Tango dance class with Dana De Luz at 6:30 p.m. and then karaoke with host Sean Bouchard at 8 p.m.

Wednesdays are “This Ain’t Your Grandma’s Bingo” with hostesses, Penny Smith and Rebecca Riffel.

Main Stage is located at 1 S Main St. in Cottonwood and is open Monday through Saturday 11 a.m. to close and closed on Sundays. All events are free to the public unless otherwise noted.