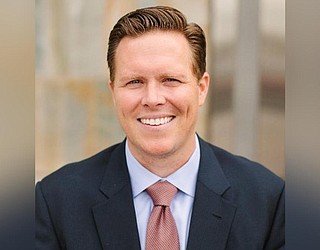 Petersen is accused of using false information to place the Marshallese women on state-funded healthcare in order to pay for delivery costs, bilking the state out of more than $814,000. The indictment is the result of a multi-state investigation conducted by the Arizona Department of Public Safety, Homeland Security Investigations (HSI), the Utah Attorney General’s Office, the Arkansas US Attorney’s Office, and the Arizona Health Care Cost Containment System (AHCCCS) Office of Inspector General.

According to the indictment, Petersen and co-defendant Lynwood Jennet purchased travel arrangements for pregnant Marshallese women to travel to Arizona for the sole purpose of placing their baby up for adoption.

After the women gave birth and completed the adoption, Petersen allegedly purchased travel for the birth mothers to leave the State of Arizona. The women either moved to Arkansas or back to the Marshall Islands.

In 1983, the United States entered into a Compact of Free Association with the Republic of the Marshall Islands, which prohibits RMI citizens from entering the United States under the Compact if their travel is for the purpose of adoption.

Petersen, through his adoption agency, is accused of utilizing this adoption fraud scheme in at least 29 births in Arizona between November 2015 and May 2019.

It is alleged that the Marshallese women were not residents of Arizona at the time their AHCCCS applications were submitted and therefore ineligible for state-funded medical benefits.

Petersen and Jennet are charged with directing these women to fraudulently misrepresent their residency status in order to obtain AHCCCS benefits.

• One Count of Conspiracy, a Class 2 felony

• One Count of Fraudulent Schemes and Artifices, a Class 2 felony

• One Count of Theft, a Class 2 felony

• One count of Forgery, a Class 4 felony

The families involved in the adoptions are not the focus of the Arizona investigation. Anyone with information or questions pertaining to adoptions involving children from the Marshall Islands is urged to call the Arizona Attorney General’s Office at 602-542-8888.